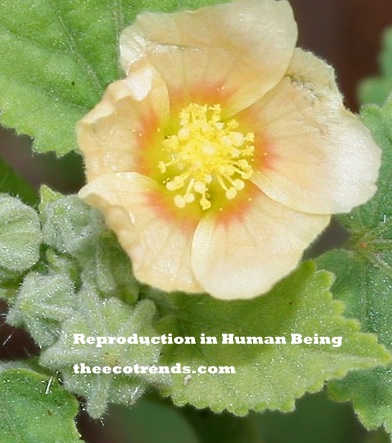 (i) Testes: In human body a pair of testes ate found that remain enclosed inside a bladder like muscular structure called scrotal sac. The scrotal sac is found outside the main body situates under the penis. Cells of testes produce sperms.

Some cells of testes secrete male reproductive hormone called as testosterone. In males this hormone is secreted from 15 to 18 years of age. Due to impact of this hormone male reproductive organs develop and sperms start developing in the testes. The secondary sexual characters like development of hairs on face and around sex organs, and changes in voice etc.

Every testis is connected to Epididymis which stores sperms developed inside it. The length of a single sperm is 1/100 part of an mm. It has head, middle piece and a tail. The middle part has many mitochondria.

(ii) Epididymis: It is a long and coiled tubule which is attached to the posterior part of the testes.It contains sperms. It finally ends up in a tube which is called as vas difference.

(iii) Vas difference: It is a muscular thin tube with contractile wall which encircles the urinary bladder and finally opens into ureter.

(iv)Seminal vesicle: It is a structure made of many small tubules. It is variously coiled. It secretes seminal fluid which is called as semen after it gets mixed with sperms. Semen is white coloured dense and semi liquid substance with specific smell.

(v) Prostategland: It is a double lobed gland. Its tubules open in the urinary passage. It secretes an alkaline substance which is called as prostrate fluid. It mixes with semen and neutralizes the acidity of female’s vagina.

(vi) Cowper’s gland: Just below the prostate gland there is another gland which is found in pair. This gland is called as Cowper’s gland. It is connected to urinary tract through a small passage. It secretes a white alkaline liquid which is smooth and acts like a lubricant.

(vii) Penis: This is external reproductive organ of a male. It contains urinary duct which is common for urine and semen. There are three rows of spongy tissue along the urinary duct. The rows provide hardness to the penis when filled with blood. The anterior part of the penis is a swollen oval structure called as glans. It is covered with double layers of skin which is called as prepuse.

In human females two ovular structures are found that are called as ovary. These are located in left and right of the main body of female reproductive system.

(i) Production of ova, and

(ii) Secretion of female hormone like estrogen and progesterone.

After each 28 days every ovary releases an ovum alternatively which is caught by Fimbri and transferred to oviduct. The oviduct has two principal functions-

(i) Transfer of ova to uterus, and

It is a muscular triangular organ which is located in the pelvic cavity. It is generally 7.5 cm in length, 5 cm in breadth, and 3.5 cm in thickness. It broad part is found upside with oviducts emerging out from the left and right side. The lower conical part of uterus is called as neck which contains a small pore in the middle through which only sperms can enter into the uterus.

Three principal functions of uterus are-

(i) Conduction of menstruation cycle,

(ii) Bearing fetus and providing nutrition to it, and

(iii) Causing growth and development of the embryo.

It is a long and muscular tube. Its length depends on the length of the female. It is extended from external genitalia to the neck of the uterus. Its internal wall is made of epithelium which contains small glands that secrete slimy and smooth liquid. Vagina contains a thin membrane called as Hymen which is found in pre- teenager girls. It is removed to physical activities like running, jumping or due to the starting of menstruation.

(i) It provides passage to male’s penis,

(ii) It leads the semen to uterus,

(iii) It provides path to the internal secretions to come out, and

(iv) It extends in size to let the infant come out.

There are three parts of the external genitalia- 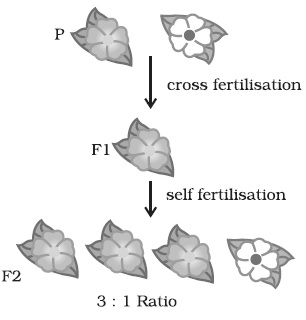 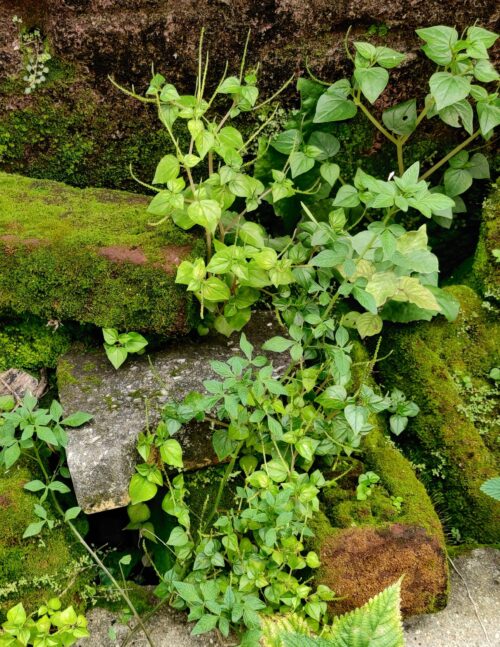