The development in all sectors of a country is essential to feed its growing numbers and to feed and to make the country prosperous. However, it should never be at the cost of our environment. Indian courts have been continuously stressing on it.  So many legal provisions have been made from time to time in order to protect and safeguard our environment. Acts have also been passed to protect and preserve environment in order to ensure the Fundamental Rights ‘to life and liberty’ provided by the Indian Constitution.

•           The Factories Act and Amendment- 1987: This is the first act which expresses concern for the working environment of the workers. The amendment of 1987 sharpens its focus on the environment and expands its application to hazardous processes.

•           The Air (Prevention and Control of Pollution) Rules: These rules define the procedures of the meetings of Pollution Control Boards and powers entrusted to them.

•           Motor Vehicle Act – 1988: This act states that hazardous waste to be properly packaged, labelled and transported to disposal sites.

Roles of National and State Governments in Controlling Atmospheric Pollution

As a consequence, to the Stockholm Conference (June 1972), the Central Government of India appointed a high-powered committee which recommended the creation of the Department of Environment to coordinate the policies on Environment. It came into existence in 1980. However, a new ministry of Environment and Forests was created in January 1985 which undertook the responsibility of protection and preservation of environment.

In September 1974, an autonomous body entitled ‘Central Pollution Control Board’ CPCB was setup by the ministry under the provisions of the Water (Prevention and Control of Pollution) Act, 1974.

The functions of the Central Pollution Control Board are-

(ii) Advising the Central Government on all the Matters concerning Prevention and Control of Environmental Pollution.

(iii) Executing and enforcing legislation, regulation and guidelines relating to prevention and control of Environmental Pollution.

(iv). Developing rules and regulations for that prescribe the standards for emissions and effluents of air and water pollutants and noise levels.

(v) It provides technical services to the ministry for implementing the provisions of the Environment (Protection) Act, 1986.

The Central Pollution Control Boards monitor the quality of the freshwater Resources through a network of 784 monitoring stations located all over the country. For this, it works in collaboration of State Pollution Control Boards. Of the 784 monitoring stations are located on rivers, 38 on lakes, 25 on groundwater and are situated on canals, creeks and other water bodies.The CPCB is also monitoring air quality under National Ambient Air Quality Monitoring Programme. For this it has established 290 stations in over 64 cities and towns.

The constitution and functions of the State Boards have been mentioned in the Water (Prevention and Control of Pollution) Act 1981 and the Environment (Protection) Act 1986. These acts have been amended from time to time and various rules framed there under. The Board is expected to execute and ensure proper implementation of Environmental Policy of the Union and the State Governments.

1. Enforcement of Environmental Policies, Acts and Rules framed there under.

2. To render necessary advice to the state government and other stake holders on environment related issues.

3. To conduct Environmental Monitoring and research.

4. To create public awareness and to serve as a facilitator on environment related issues.

New Technologies are developed for improving and increasing industrial production. Similarly, new projects are formulated for providing energy to those industries. Industries use natural resources as raw materials. The industrial processes give off some unnecessary substances that are released into the atmosphere, on the earth or into water bodies. These substances often join local food-chains and cause ailments and sufferings to the living world. The emissions that join the atmosphere tend to cause acid rain, and Global Warming. These cause many types of occupational as well as other diseases. Thus, one side the economy is improved through industrial production but on the other side, the health of environment and its components is risked through pollutants released by them. Here, it can be concluded that- though the economic growth is important for us, we cannot risk our lives for it.

A Cost and Benefit Analysis is essential to be done for any work pertaining to development. Economic Policies should be formulated in such ways as to ensure development while controlling pollution. The total cost of controlling the pollution and benefits from industrial production are assessed. In some cases, it has been observed that the cost of production remains far less than the cost of losses to the environment. Here, it is felt that the economic policies should be formulated well in advance before setting up of an industry and it is seen that production is ensured while maintaining and managing the health of the environment.

It is a general thought that industries are major contributors to the pollution loads on environment. As such, they are thought to have major share of responsibilities in abating pollution and contributing in a big way to a sustainable environment. In India and in other countries of the world rules have been framed for industries to obey in view of keeping a healthy environment. Under law, all the industries, enterprises, business houses and corporations across the world, have Corporate Social Responsibilities under which they are held responsible for maintaining a healthy environment so as to facilitate general well-being of the local society of which they too are considered to an integral part.

According to the law of the land every industry has to submit Environment Management Plant for approval to the Government before setting up. On the other hand, it has to submit environment monitoring report as per the fixed standards for emissions and affluent. The state Pollution Control Board is the regulatory authority for all the industries. There are rules for every type of industry to be obeyed by it in view of environmental balance and safety to the society.

The Environment (Siting for Industrial Projects) Rules, 1999 lay down detailed provisions relating to areas to be avoided for siting of industries, precautionary measures to be taken for site selecting as also the aspects of environmental protection which should have been incorporated during the implementation of the industrial development projects.

The Central Pollution Control Board (CPCB) has developed National Standards for Effluents and Emission under the statutory powers of the Water (Prevention and Control of Pollution) Act, 1974 and the Air (Prevention and Control of Pollution) Act, 1981. These standards have been approved and notified by the Government of India, Ministry of Environment & Forests, under Section 25 of the Environmental (Protection) Act, 1986. Till now, Effluent standards for 37 categories of industries and Emission Standards for 31 categories of industries have been evolved and notified besides standards for ambient air quality, ambient noise, automobile and fuels quality specifications for petrol and diesel. Guidelines have also been developed separately for hospital waste management. 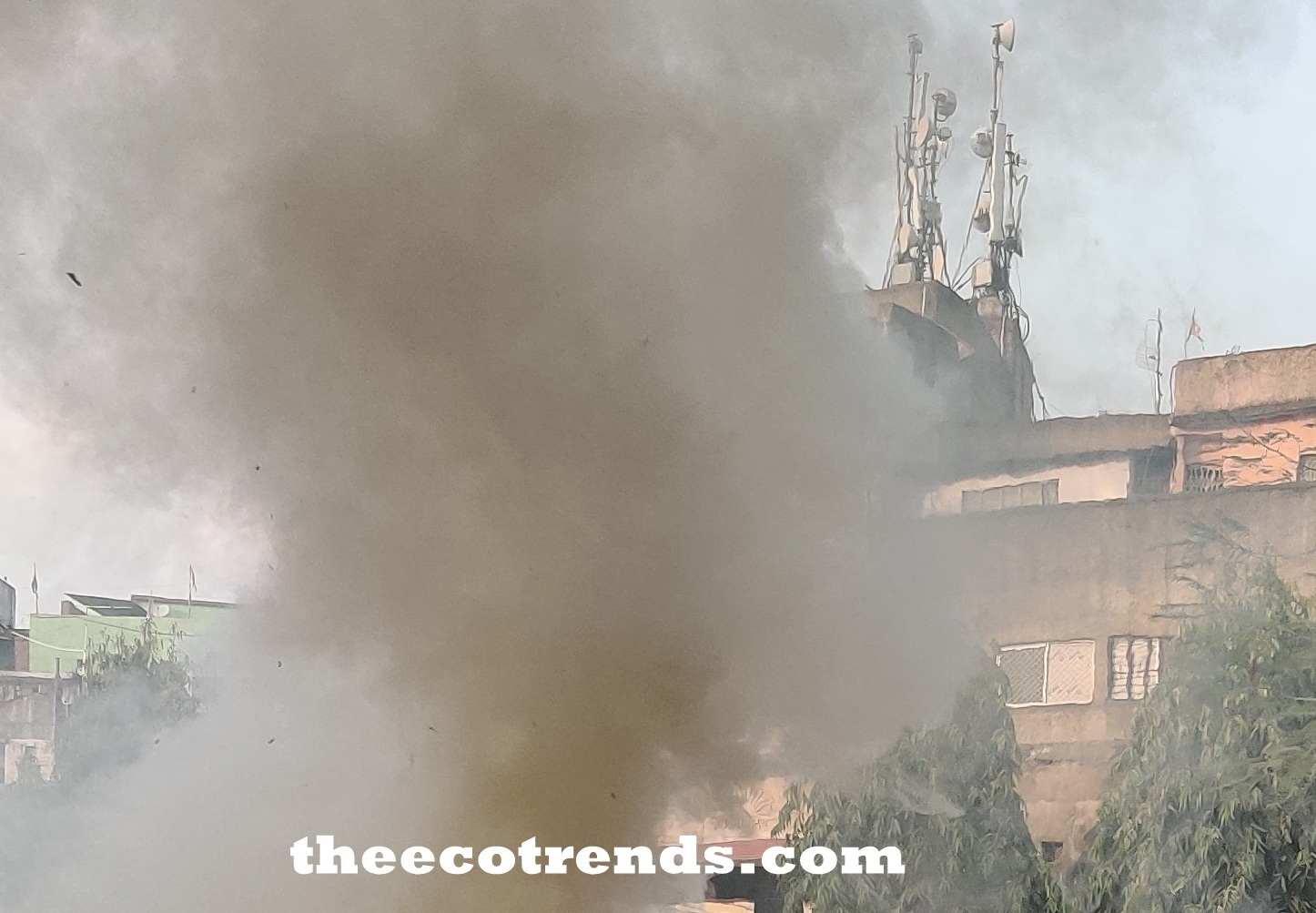 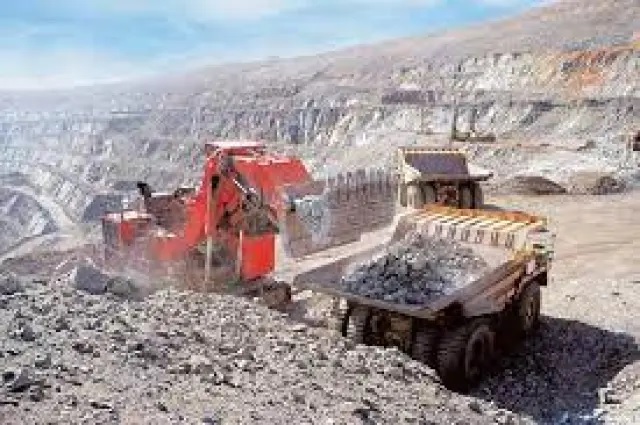