Many of the National and International non-governmental organisations have been involved actively in the protection and preservation of nature and its resources on different levels, and still, many of these are extending different types of support to others who to others who work hard and contribute to sustainable development. Some of these National and International Organisations are being introduced here.

In the International Spirit of conventions and summits, the government of India has encouraged a large number of non- government organisations to take part in the venture of spreading Environmental Awareness through its National Environmental Awareness Campaign. Likewise, it has also encouraged various non- government Organisations to work on their own for the Sustainable Development and Equitable Distribution of Resources.

Here is one example of participation of NGOs in the National Programme. The National Environmental Awareness Campaign (NEAC) was launched by the Ministry of Environment and Forests, Government of India during the year 1985-86. It is one of the major projects of the Ministry of Environment and Forests to involve public participation in conservation and management of the environment. The main objective of the programme is to create awareness among the public and make environmental protection a people’s movement, so that each and every citizen of this country should be involved in the protection of the environment and sustainable development.

During the programme, it is essential for NGOs to highlight Local Environmental Problems so as to find long lasting solutions for them.  To begin with only 150 NGOs participated throughout the country during 1985-86. Today more than 4000 NGOs, from all over the country participate in the NEAC programme.

The theme for the NEAC is decided by the Ministry of Environment and Forests, Government of India every year. For example, the theme of the EAC for the year 2007-08 was “Biodiversity Conservation”. Some other NGO –based Programmes include: Training of Kota, Kurumba, Paniya and Irula Tribes in Their Traditional Art Forms; Survey and Documentation of Arts & Crafts of The Kota, Kurumba, Irula and Paniya Tribes of The Nilgiris; Each One Teach One; Revival of Folk Art Forms in Schools; Clean Chennai – Green Chennai; Research in Indian History and Culture etc.

Many non- governmental Organisations have been emerging as pressure groups with their own philosophies of environment and development. Many of these are on move against many different government projects as they think them to be against the carrying capacities of the environments of concerned areas. We have already talked about CHIPKO and Narmada Bachao Andolan. We are not at all concerned with going through a vast description of NGOs of India, which is estimated to have up to one to two million NGOs. We cannot just ignore the activities being done or the contributions being made by any one of these organisations of India.

There are innumerable NGOs on international level. Most of these are doing commendable jobs in their concerned fields. However, some of these organisations whose names often figure in news reports are being introduced here. It does not mean at all, that other organisations not described here, are less important in any way.

It is a non-governmental Organisation representing global membership. It has 113 national Scientific Bodies and 29 International Scientific Unions as members. Founded in 1931 at Vacquerie in Paris, France; it is one of the oldest non-governmental global networks. Though a science-based NGO, it has expanded its activities in many different areas of environment, some of which are mentioned below-

(i). Data and Information – pertaining to intellectual property, Priority Area Assessment (PAA) on data and information;

(iv). Capacity Building – helping in the creation of international and regional networks of scientists with similar interests and maintaining close working relationships with a number of intergovernmental and non-governmental organisations, especially the United Nations Scientific and Cultural Organisation (UNESCO) and the Third World Academy of Science (TWAS).

Now ICSU is launching an initiative to create regional offices in Africa, the Arab Region, Asia, and Latin America; and the Caribbean in order to strengthen science in the developing world.

The ICSU has following core objectives –

–              Planning and coordinating interdisciplinary works on major issues of Science and Society;

–              Supporting more than 600 scientific conferences, congresses and symposia per year across the globe;

–              Production of a wide range of newsletters, handbooks, Journals and Proceedings;

–              Working as Organizing Partner in the World Summit on Sustainable Development in December 2002 in Johannesburg.

2. IUCN or the International Union for Conservation of Nature

IUCN is the acronym used by the World Conservation Union. It was once known as International Union for Conservation of Nature and Natural Resources. It is the oldest and largest NGO of the world working for the environment. It brings together 83 states, 108 government agencies, 766 NGOs, 81 International Organisations, and about 10,000 experts and scientists from different countries around the world. With its Headquarters in the Lake Geneva Area in Gland, Switzerland; this Organisation was founded in the year 1948, and it is still dedicated to the conservation of Nature.

The IUCN has following major functions –

(i). It helps the world in finding out pragmatic solutions to most pressing challenges in the fields of environment and development;

(iii). It develops and supports cutting edge conservation science, particularly in species, ecosystems, biodiversity, and their impacts on the livelihood of human race;

(iv). It runs thousands of field projects around the globe for the management of the natural environment in much better ways;

(vi). It conducts proper and extensive surveys of flora and fauna of different regions of the world, decides their status and publishes Data- Lists. Its Red-Data List is considered to be the most authentic document which declares actual status of species in a particular environment.

3.   WWF or the World-Wide Fund for Nature

This International Organisation was initially known as the World Wildlife Fund, and was founded on 11 September, 1961 in Merges, Switzerland as a Charitable Trust. In the deed of trust, its objectives are stated as –

“Conservation of world fauna, flora, forests, landscape, water, soils, and other natural resources by the acquisition and management of land, research and investigation, education at all levels, information and publicity, coordination of efforts, cooperation with other interested parties and all other appropriate means.”

Later on, WWF started setting up offices and launching operations around the world. Its initial focus was the protection of endangered species. But gradually it expanded the area of its activities and included a number of other fields also. Two of these fields are- Sustainable Use of Natural Resources; and Reduction of Pollution and Wasteful Consumption.

WWF changed its name to World Wide Fund for Nature in 1986 and thus retained the initial of WWF, even after changing the name. However, it still continues to operate under the original name in the United States and Canada. In Asia, its efforts are especially intensive in some countries like- Indonesia, Bhutan, Philippines, Thailand, Papua, and Nepal. TRAFFIC or the Trade Record Analysis of Flora and Fauna in Commerce, is a large and influential section of WWF which monitors trade in wildlife and wildlife products. It has been successful in halting the transaction in the body parts of bear; skins and hides of endangered animals and horns of rhino. TRAFFIC is credited for shutting down smuggling operations involving Parrots, Spotted Cats, Sea Turtles, and tropical timber in Latin America. Now it has also associated itself with the preservation of Coral Reefs of the world oceans.

This is an independent Global Campaigning Organisation founded in 1971, at Amsterdam, the Netherlands. The Greenpeace acts to change attitudes and behaviours, to protect and conserve the environment and to promote in the world. This organization has 2.8 million supporters’ worldwide, and national as well as regional offices in 41 countries. 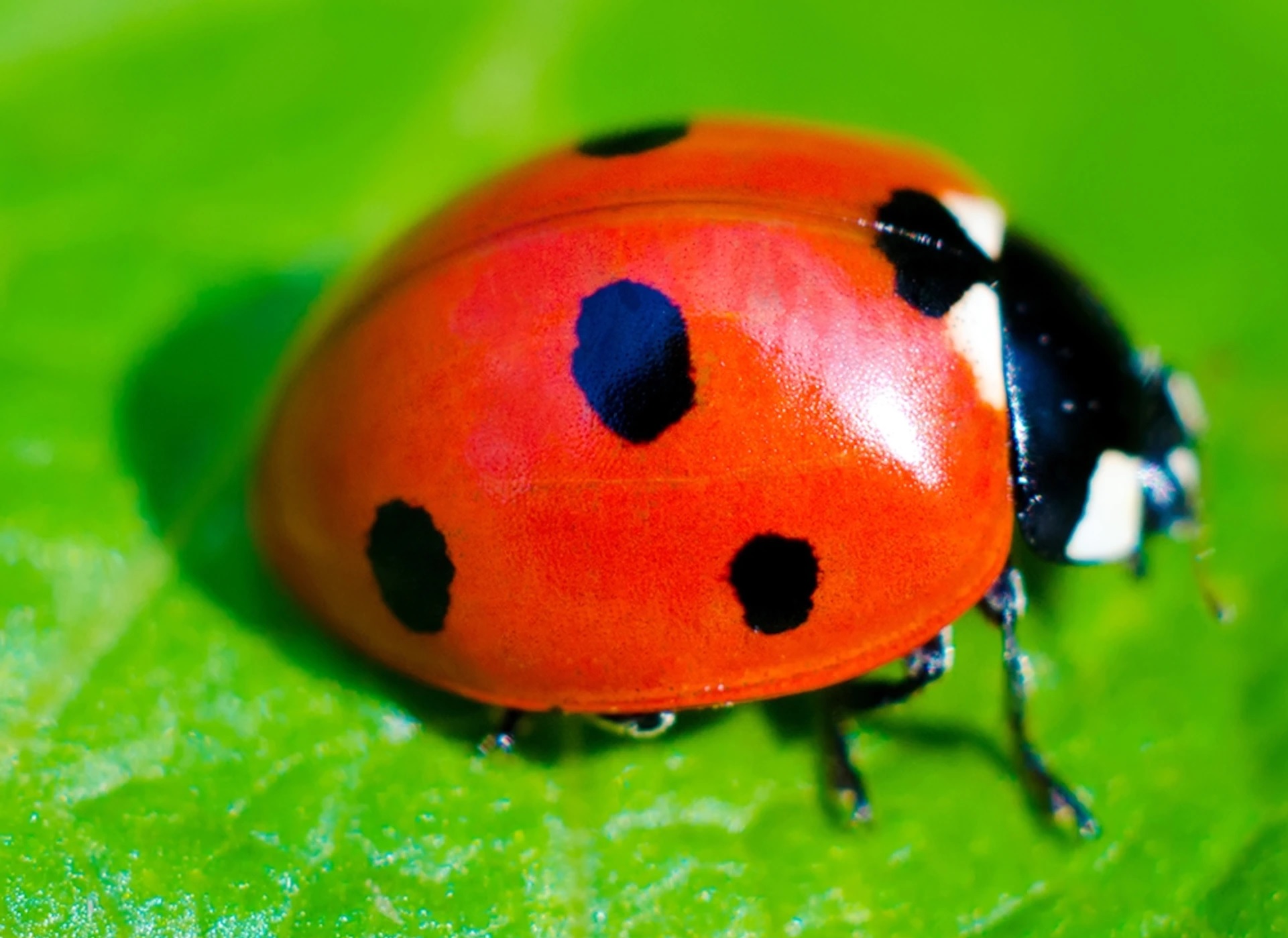 The Strange Bioinsecticide: The Ladybird 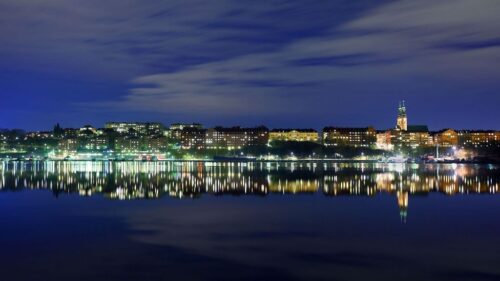 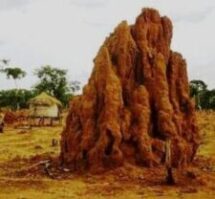