Constructing a new infrastructure; expanding a residential area; building an industrial plant; increasing the capacity of an airport – are some typical examples of developments that can be carried out only if the competent planning authorities grant the authorization.

The authorization is issued if the overall positive Environmental Impact Assessment, Ecological evaluation for EIA, Ecological effects of the development are perceived to exceed the negative ones.

In the past, such effects were mainly appraised on a socio-economic basis and included concerns such as the cost of the project, the related market advantages, and the consequences for the quality of life, the increase in job opportunities, etc.

Now, there has been a growing concern about the effects of the human activity on the environment and its consequences for the long-term viability of the planet. Issues such as the contamination of soil, water and air and the limitedness of the natural resources started to emerge and to be largely debated.

Later, it became clear that developments needed to be evaluated from a wider perspective that is, they are to be approved if they make economic sense and if their social, as well as environmental implications are acceptable.

Environmental Impact Assessment (EIA) aims at evaluating the full range of effects on the environment of a proposed project. It represents one of the tools that are employed during the authorization process to provide decision-makers with useful information for taking a decision.

The overall goal of EIA is to encourage the consideration of environmental issues in decision-making so as to arrive at actions which are more environmentally compatible.

Once if it decided that EIA is required for a proposed project, the process provides for the scoping of the study, the baseline description of the environmental conditions, the prediction and assessment of impacts, and finally the identification of mitigation measures and of a monitoring plan.

The first formal activity is screening. It is generally performed by the competent planning authorities. The purpose of screening is to determine whether EIA is actually required for a given project or not, i.e., whether the project is likely to have significant effects on the environment. Two broad approaches to help in determining which projects require EIA may be distinguished –

1. The compilation of lists of projects and of accompanying thresholds and criteria. Such criteria can be based on technical parameters (e.g., space occupation, energy consumption, production of waste), as well as on the location of the project (e.g., within a protected area or not);

2. The establishment of a procedure for performing case-by-case examinations. Such examinations represent a sort of preliminary EIA.

The first approach is generally faster and simpler, but it is hard to provide a sound justification to the thresholds. Moreover, developers will tend to propose projects that are just below the thresholds, or to segment a big project into a set of smaller ones, in order to avoid EIA.

The second approach, on the other hand, has the disadvantage of being more resource consuming and of being based on discretionary evaluations, which generate decisions that are hardly replicable. However, in practice, most EIA systems adopt a hybrid approach that involves the use of lists and thresholds, as well as some discretion.

Scoping involves impacts and issues to be considered. It aims at identifying the priority issues that need to be addressed during the EIA. The relationships between human activities and all the environmental components may be so complex as to require a potentially endless study.

However, EIAs are subjected to resource and time constraints. Therefore, it is crucial to mainstream the EIA toward the relevant issues, i.e., the impacts that appear to be particularly significant.

Scoping is typically carried out by resorting to specific guidelines and questionnaires. It often involves some form of consultation, screening with decision-makers, the scientific community, and the local population.

It consists in the description of the environmental setting of the area to be affected by the proposed developmental project. Carrying out the baseline study involves the collection and the processing of all the relevant thematic data (cartographic layers, record of environmental parameters, etc.).

Most of the data are usually already existing and obtainable from the governmental agencies or the scientific literature. This information is typically complemented by field surveys, interpretation of remotely sensed data, etc.

The description of the actual environmental quality provided by the baseline study serves to set a reference for the subsequent impact analysis. Moreover, it helps decision-makers and EIA reviewers to become familiar with the environmental features and the needs of the study area.

The term impact refers to a “change in an environmental parameter, over a specified period and within a defined area, resulting from a particular activity compared with the situation which would have occurred had the activity not been initiated”.

Impact prediction analyses all such changes likely to occur as a consequence of the construction, the presence, and whenever applicable the dismantling of a project.

First of all, impacts are identified, and secondly, they are studied more in detail. The impact identification is typically carried out by resorting to tools such as checklists, matrices or networks.

Matrices combine such checklists with lists of project activities, such as surface excavation, clear cutting, drilling etc. Once the potential impacts have been identified, they are separately studied to estimate their extent and intensity. This represents one of the most resource-consuming steps of EIA. Here, tools such as analytical and mathematical modelling are usually employed. (e.g., prediction of the spread of a pollutant in the air, prediction of noise levels around an infrastructure, etc.).

This stage consists in the evaluation of the significance of the impacts that have been predicted. Unlike impact prediction, which can be considered as an objective procedure, impact assessment requires also subjective information: the expression of people’s beliefs and priorities.

Consequently, the assessment of the significance of an impact is to take into account the public opinion, the stakeholders’ viewpoint, as well as the judgment of scientists and other professionals, which might have the knowledge to identify effects that are not considered by the general public.

The assessment can rely on the use of existing quality standards (e.g., concentration of pollutants in the air or noise level) or on case-by-case evaluations. In the latter situation, it is fundamental to make explicit the criteria upon which the evaluation is based. Usually, the following criteria are proposed to assess the significance of an environmental impact –

•       The frequency, duration and geographical extent;

•       The reversibility or recoverability of the changes;

•       The social and political acceptance;

This stage is to determine which action can be taken to eliminate or reduce the forecasted impacts or to compensate for them. There are five main approaches to mitigation –

1. Avoiding (for example changing the route of a road not to cross a nature reserve);

2. Replacing (for example regenerating in a different area an habitat type similar to the one damaged by the project);

3. Reducing (for example constructing a wildlife corridor to reduce the fragmentation effect of a highway);

After considering all the facets of a project, environmental clearance is accorded subject to implementation of the stipulated environmental safeguards. Monitoring of cleared projects is undertaken by the six regional offices of the Ministry functioning at Shillong, Bhubaneshwar, Chandigarh, Bangalore, Lucknow and Bhopal. The primary objective of such a procedure is to ensure adequacy of the suggested safeguards and also to undertake mid-course corrections required, if any. The procedure adopted for monitoring is as follows:

•       Project authorities are required to report every six months on the progress of implementation of the conditions/safeguards stipulated, while according clearance to the project.

•       Field visits of officers and expert teams from the Ministry and/ or its Regional Offices are undertaken to collect and analyse performance data of development projects, so that difficulties encountered are discussed with the proponents with a view to finding solutions.

•       In case of substantial deviations and poor or no response, the matter is taken up with the concerned State Government.

•       Changes in scope of project are identified to check whether review of earlier decision is called for or not. 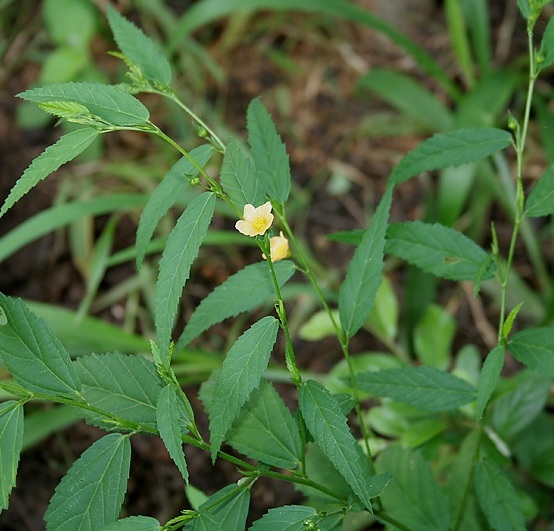 Ecosystem and its components 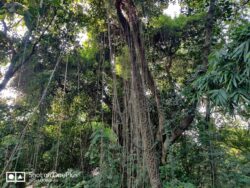 Questions and Answers on Environment 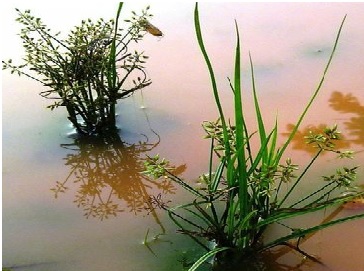