1.  Trait-A exists in 10% of a population of an asexually reproducing species and trait-B in 60%of the same population. Which trait is likely to have arisen earlier?

2. How do Mendel’s experiments show that traits may be dominant or recessive?

3. How does creation of variations in a species promote survival?

4. How do Mendel’s experiments show that traits are inherited independently?

(i) All the plants in F1 generation were long and had round seeds. This shows that characters of length and round shape of seeds are dominant characters.

(ii) In F2generation some plants show new combination- like long with wrinkled seeds; and dwarf with round seeds.

Ans.  No, this information is not sufficient because the gene combination of man with blood group A

6. What is Sex-determination? How is the sex of a child determined in human being?

Ans. Determining male or female form of living organism through sexual reproduction is called as sex determination. Sex determination on a large scale is of two types- environmental, genetic and chromosome based.

When cells of human testis divide to form sperms then the pair of sex chromosome segregates into X and Y. Half the sperms get X chromosomes and the remaining half get Y chromosomes. The ova in females contain half the number of chromosomes than the normal cells like man. Egg cells produce ova but all the ova have only X chromosomes. 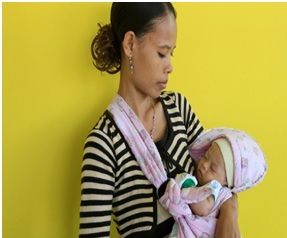 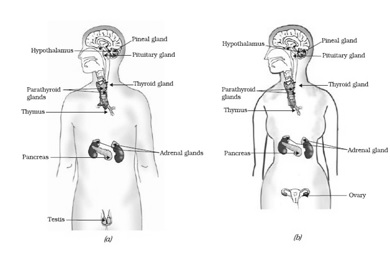 Animal Hormones and Their Secretion